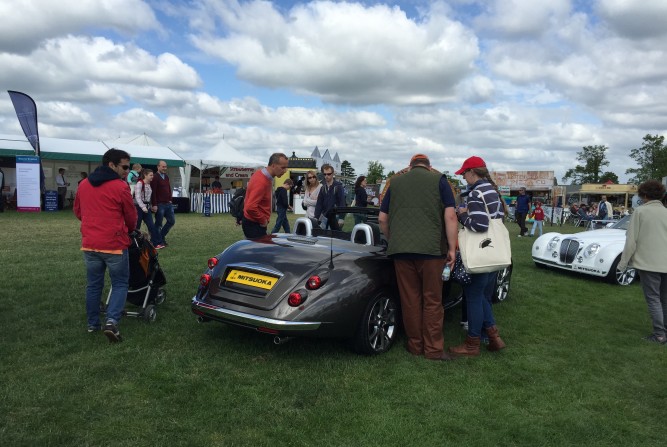 Pre-Launch display of the Mitsuoka Roadster

Can’t wait until the launch of the highly anticipated Mitsuoka Roadster later this year? Then get on down to the Surrey County Show at Stoke Park , Guildford, on the second May Bank Holiday (25th May 2015) for an exclusive preview!

The Mitsuoka Roadster will be available to view for one day only at the Surrey Show, ahead of its UK and European launch planned for later this year.

The Surrey County Show is the largest one day county show in the UK with a footfall on average of 40,000 every year! A truly unmissable family day out full of entertainment, the Surrey Show offers chance to see everything from cute and cuddly animals through to floristry, live music and stall after stall of shopping.

Among all this, you will be one of the first to preview the Mitsuoka Roadster before it launches in the UK and Europe, under the exclusive distribution of T W White & Sons.